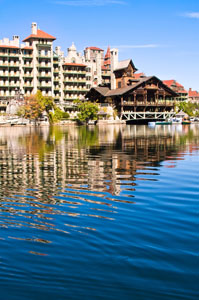 If a recent swimming experience has made you ill, or you unknowingly drank water that was contaminated, you are not alone. Many people have become ill from water borne illness, including swimming pool illnesses.

Injury lawyer William McBride is prepared to fight on your behalf. Attorney McBride decided to become a lawyer after his family experienced a traumatic injustice when was 10 years old. He is known as an aggressive litigator who fights for justice and compensation for his clients.

Do I Need a Water Borne Illness Lawyer?

Cryptosporidium parvum (also known as “Crypto”) is a microscopic parasite that lives in drinking and swimming water. Contamination by human or animal waste is the leading contributor of Crypto infections, and cryptosporidium parvum is often resistant to the chlorine used to protect swimming pools and water parks.

Cryptosporidium can be found all across the United States and is the most frequently reported cause of illnesses caused by public swimming areas. In addition to cryptosporidium, water can transmit other harmful agents, including:

Multiple parties may be responsible for the harm you suffered, including the pool owner, municipality, city, water treatment company or water theme park company. Your injury lawyer will know how to investigate the causes of your injuries.

What Are the Symptoms of Water Borne Illnesses?

Symptoms of waterborne illnesses may take several days to manifest after the initial exposure to the contaminated water. Signs of infection may include:

See a physician immediately if you are suffering any of the above symptoms. Though many waterborne illnesses resolve themselves within a few weeks, others can lead to more serious health effects. Tragically, infection by the Naegleria fowleri tends to result in death soon after exposure.

If You Have Suffered from a Water Borne Illness, Seek the Assistance of an Experienced Injury Lawyer

You have rights under the law. Call our injury attorneys today for a no-cost, confidential evaluation of your case. The team at William McBride Law Group offers compassionate and experienced legal counsel that can help you make the best decisions for yourself and your family. Through legal action, you may able to win compensation for your medical costs, lost wages and pain. Contact our office to take the first steps towards justice.

You or Your Child Bitten by a Dog? Fight Back with Our Injury Lawyers Dog bites have the potential to cause serious personal injuries...

Help In Multiple Car Pile Up

Involved in a Multi-car Pileup? Let Our Accident Attorney Investigate the Crash Automobile accidents that involve multiple cars piling up are not...