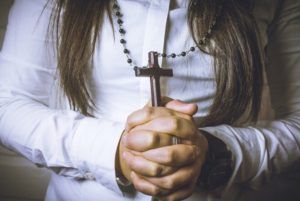 The right to freedom of religion is a protection offered by the First Amendment of the United States Constitution. The idea is a core principle upon which this country was founded, grounded by the simple truth that the first settlers here had fled severe persecution on religious ground in their homeland. Title VII of the Civil Rights Act of 1964 prevents private employers, local and state entities and schools from discriminating against employees based upon their religious belief. States also have specific labor laws offering protection to employees from religious discrimination at their place of employment. State labor laws will often provide greater employee protections than federal law, so it always pays to be aware of state and local laws.

Religious Discrimination at Work: Do I Have a Claim?

Religious Discrimination at Work: Requirements of the Employer

When it is apparent religious discrimination has occurred, the next step is to review what Title VII does and does not require of an employer. Federal and state level laws establish a threshold for what is deemed acceptable with respect to making accommodations for religion in the workplace. Title VII states that an employer must:

The court will first review whether the employer acted within reason. For example, the courts will likely find in favor of the employee if the employer fails to allow time off for specific religious observances and failure to provide time or a place to pray.

However, it is important to note that the courts have also held that it is considered reasonable for an employer to disallow religious items from being displayed in employee work spaces. This means that employers are required to take action to reasonably accommodate the religious practices of an employee, not comply with every whim. A typical example of acceptable behavior on the part of an employer is when he or she agrees to allow you to take a day off for a religious observance, but does not agree to compensate you for the day away from work.

If you are certain that you have been discriminated against on the basis of your religious practices, you will want to consider filing a charge with the EEOC. It is important to note that, in most incidents, you will need to file your charge within six months of the alleged discrimination. After the charge has been filed, your employer will be notified of the action; the EEOC investigation takes place to determine whether a claim against the employer is warranted; and all parties have the chance to settle the charge throughout the proceedings.

If the EEOC determines that religious discrimination has occurred, it will make the suggestion that a claim should filed or mediation should occur. A discrimination claim can only be filed in civil court if the EEOC has provided a “right to sue” notice with a 90 day window.

Free Evaluation of Workplace Discrimination Based Upon Religious Beliefs Charge

Learn more about the legal options you have regarding your belief that you were treated unfairly in the workplace due to your religious beliefs and practices. Contact our office for a free consultation.